⬅ back to Faces of Hope 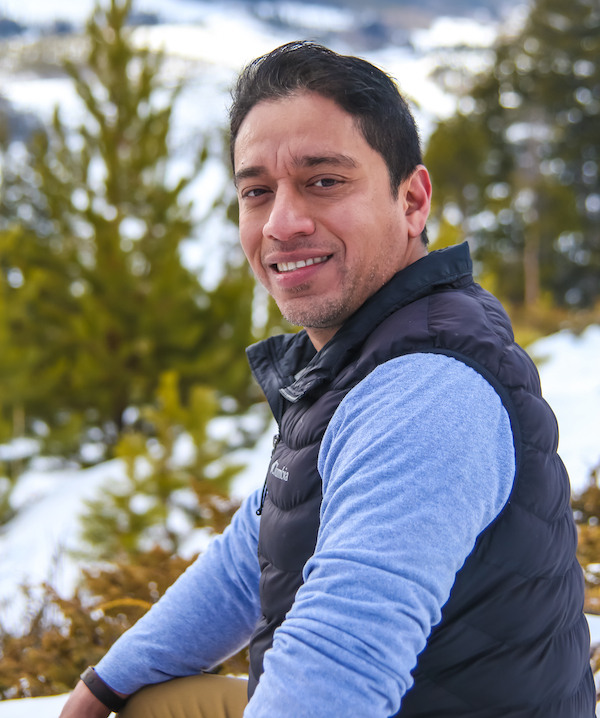 Otto Reyna thinks people need to talk to one another more about the way they’re feeling.

A native of Guatemala, and Summit County resident for nearly 20 years, Otto admits that’s a big ask for people of his Latin culture.

“In my culture, the subject of mental health, and especially suicide, is taboo,” he said. “But poor mental health is happening so much more with the pandemic. We have to start talking about it more so people can get help. It’s not easy to go through this.”

Otto’s own mental health journey began with the August suicide of a tenant in an upstairs bedroom of the home Otto was renting in Frisco.

The grisly scene Otto discovered will be forever etched in his mind, and it started a cascade of haunting questions: What drove a nice, quiet, young man to such desperate measures? Could Otto have done anything to prevent it? Why did this happen under his roof? Why couldn’t Otto get this man to talk about his struggles?

While most of the answers to these questions will remain a mystery, the sad and tragic suicide set Otto on a mission to advocate for “sharing how we’re feeling to reduce the taboo around talk of mental health.”

He said he wants to encourage others to share what they’re going through in order to help prevent and overcome tragedies — especially people in the Latino community who are not culturally predisposed to open up, to seek help for mental health needs or to access talk therapy as a way to heal.

“In this pandemic, and in the Latino community, people are hurting,” Otto said. “They need to know that help is available.”

As a man of deep faith, Otto said he’s directed to unturned stones for a reason, often a hidden purpose.

“I didn’t choose to live this event,” he said. “I didn’t choose it, and yet, here I am. I’m alive. And I want to help. And I thank God every minute of every day for that.”

Otto grew up one of three children in Chiquimula, Guatemala. His father died of cancer when Otto was 3, requiring his single mother to raise the family on the earnings of their mom and pop grocery store. Otto was ambitious and resourceful, finding his way to the University de San Carlos de Guatemala, where he earned a degree in business administration. Even with a strong resume, jobs were scarce in Guatemala.

“It was very tough, and continues to be, in my country to find a good job,” he said.

In 2001, in pursuit of the American dream, he packed up and moved to Summit County, where he had family. When he first arrived, unable to speak English, he gratefully took a job at McDonald’s for $7 an hour. In a few months, he learned English well enough to become a shift manager. His next move was to the Outlets at Silverthorne, where he managed various retail stores.

In 2015, Otto took a job as a property site manager with Summit Resort Group, an opportunity he describes as a “blessing.”

“Such good people,” he said about his coworkers. “They are like family. They have always been there when I needed them.”

In the years that followed, he went back and forth to Guatemala, eventually meeting and marrying Leiby, the mother of his now 3-year-old child, Ethan. Both Leiby and Ethan still live in Guatemala.

In May, Otto was living alone in a home that was too large for one person. With Leiby and the baby visiting only occasionally, he decided to rent his upstairs room.

“I put an ad on Craigslist, and this nice, young man from Denver answered it,” he said. “He impressed me immediately with his manner of dress, his trusting and trusted nature. I gave him the key.”

Over the next two months, Otto tried to engage his tenant in conversation, invite him for meals, ask if he wanted to kayak. But the man was always too busy even though he worked only sporadically.

“He was just so close to himself,” Otto remembers. “He stayed in his room all the time.”

A loud noise awakened Otto from a deep sleep in the early hours of Aug. 16. There was momentary confusion, then silence, so sleep once again overtook him.

Four days later, at the urging of Leiby on the phone, Otto checked on his tenant.

“It was an unimaginable horror scene,” Otto said slowly, working hard to hold his composure. “There were so many emotions: deep sadness, terror, loss, anger, guilt. It was chaos in my mind. The scene, it was overwhelming.”

Police came, the coroner, detectives, an ambulance. Otto was questioned for more than six hours. He later found his tenant’s handwritten bucket list. No. 4 on that list was to “go kayaking.” No. 10 was to “pull the trigger.” 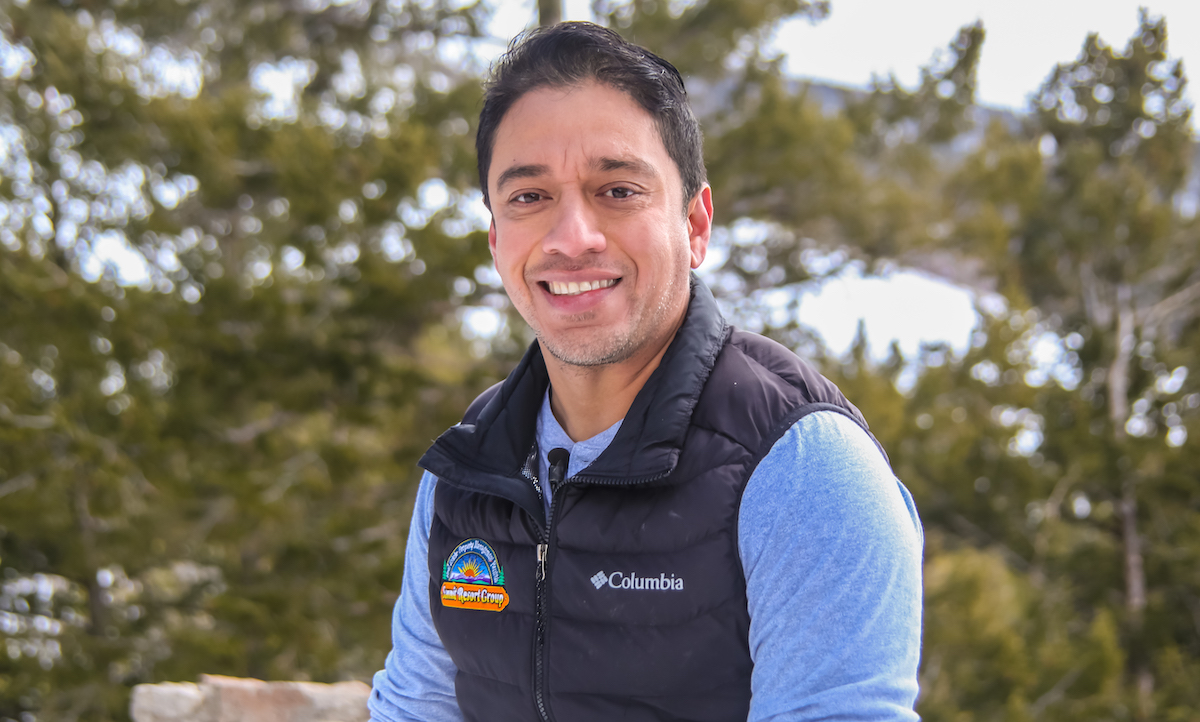 Learning the lessons of a tragedy

Otto has spent months trying to make sense of it all. He knows it will take much longer but has come to a new understanding of what life means.

Through Milena Quiros, Building Hope Summit County’s Spanish outreach coordinator, he was connected to a therapist. Through talk therapy and eye-movement desensitization and reprocessing, Otto has been able to reframe the event in a way that makes sense to his brain. He has been able to let go of the guilt and depression surrounding the man’s death.

“My perception of everything has changed,” he said. “As a property manager, I used to say, ‘This needs to be done right now!’ I don’t say it anymore. Everything will get done when it needs to. The tragedy has made me double think what’s important. We worry so much about things that don’t really matter.

“It has made me want to help others by being a better listener, a better father and husband, a better friend, a better man,” he said. “We don’t always see the really good things that happen to us. Like waking up in the morning with the gift of having another day.

“It made me humbler and kinder, because you don’t know what people are going through. You see their faces; they may look happy, but you never know what’s going on inside of them.”

Faith, ever present in Otto’s life, also had a presence in his house. His Bible was always nearby, and he left encouraging notes to himself on the counter. “I know my tenant felt peace there,” Otto said. That concept gives Otto peace as well.

“As a Christian, I feel this has made me know that I can handle anything,” he said. “I think God has given me the chance to get through this circumstance — not just to live through it, but to appreciate all the small and big things in my life and to not take anything for granted, including the people around me.

“I feel a humbleness, a shared love. And hopefully I can help others who are going through really tough times.

“I’ve come to learn that what you choose to take from trauma defines you as a person. You can become defeated by trauma, or you can help others through it. I choose to help, and it starts with open and honest sharing.”

"Everything that is done in the world is done by hope."

"No matter how dark the moment, love and hope are always possible"

"I have always believed that hope is the stubborn thing inside of us that insists that despite all evidence to the contrary, something better awaits us"

" Hope is the thing with feathers that perches in the soul and sings the tune without the words, and never stops at all."

"When you walk to the edge of all the light you have and take that first step into the darkness of the unknown, you must believe that one of two things will happen, there will be something solid for you to stand upon, or you will be given wings to fly."

"The biggest lie to buy into is to think that you’re alone... You’re not. Hope is always closer than you know. You’re more loved than you feel. And you’re stronger than you realize."

"Small acts, when multiplied by millons of people, can transform the world."

"Ah, kindness, what a simple way to tell another struggling soul that there is love to be found in this world."

"I realized that there are a lot of other people out there who can relate to what I’ve been though. So I’ve become more comfortable with sharing some of my story and letting people know that I have been through hardship too."

"I struggle, but I continue to choose the high road. When I share I feel a little bit lighter because I’m being honest with myself."

"Life is fragile and I now know it is also unpredictable. Glenn’s death has underscored a core belief of mine that we are able to overcome most all of what life throws in our paths by acknowledging it, accepting it, feeling it and knowing that we will, with time, feel the warmth of the sun and another beautiful day."

"I think the point of ‘normalizing’ it (mental health) is that many many others feel that shadow so we shouldn’t be afraid to talk about it. It doesn’t mean that myself or anyone else suffering has done something wrong. It just is."

"Nothing missed and no regrets. Live on in peace, health and happiness. Look for meaning where you can and cherish the mystery when you can’t."

"I have come to terms with the diagnosis and don’t let it affect my self-worth. Its not any different than any other illness that can cause a chemical imbalance such as high blood pressure or diabetes. When it’s our brain, it's just a little harder to understand."

"There is help out there – you just need to ask for help first and truly seek and accept the help that is offered, even if you don’t really understand how you are going to get better. But have the faith that you will."

This is not a site for personal disclosure of suicidal thoughts or behaviors. If you are in crisis, please call 911 or go to your nearest emergency department for assistance.