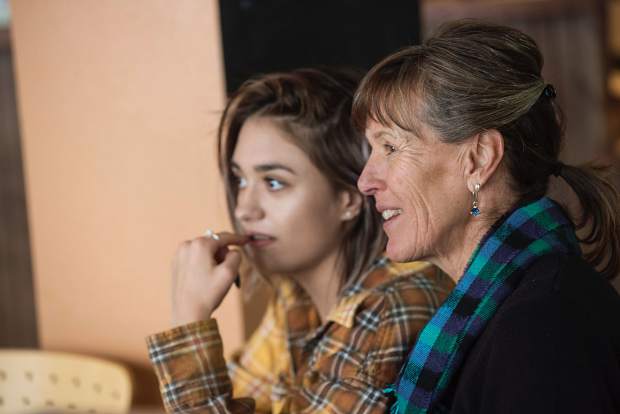 For Betty Claybrook, solace comes in the form of an exuberant, 70-pound goldendoodle named Zachary. He accompanies her on hikes, happily chasing sticks, snuffling in the snow and nosing around in fields of corn husk lilies. He leaps joyfully after the tennis balls she throws into Lake Dillon off the dock at Frisco Marina. At her home in Frisco, he sits with calm and regal attention, soulful eyes trained on her every move. When she sits down with her granddaughter Cynthia to share a family photo album with a visitor, Zachary noses in, placing a paw up on the pages in an effort to gain her attention.

The photo album records the arc of the life of Betty’s oldest child, Josh. It opens with a birth certificate from St. Joseph’s Hospital on which his tiny, delicate footprints are stamped. He was born at 8:40 in the morning on May 21,1979. He weighed 6 pounds and 4 ounces, and had a healthy swatch of dark hair. Subsequent pages in the album reveal familiar moments in the lives of mountain kids living in a then-blue collar Summit County: Josh in snow pants as a toddler, with his baby sister Jamie by his side. Josh skiing off small cliffs, riding snowmobiles and riding mountain bikes on family camping trips to Moab. Josh in a cowboy hat; Josh in his beloved 4WD truck. Later, there are pictures of Josh with his own sons Elijah and Peyton, and Josh hoisting his niece Cynthia into the air when she was a toddler. In the photos, everyone is youthful and often smiling: still with hope for better futures ahead.

Toward the end of the album are a handful of photos from Blackfoot, Idaho. That’s where Josh Claybrook took his life at age 27 on a summer day in June 2006.

Betty Claybrook has the tan, weathered skin that attests to three decades of life in Summit County and the Colorado ranching family she was born to. Beneath her quiet demeanor, one senses a profound and dignified strength. When she laughs, her piercing eyes crinkle in joy; one edged by a protective wariness.

“I always feel if he had had his phone and could have called me, it wouldn’t have happened,” says Betty, recalling the day of Josh’s suicide. “He had just had a new son, Peyton. He loved that little boy so much. I don’t know what happened, what sent him over the edge. I was numb in the beginning after he killed himself.”

Josh’s death was extremely difficult for his sister Jamie. Her own struggles became so intense after his death that she gave over guardianship of her young daughter Cynthia to Betty. Overwhelmed with the need to deal with Jamie’s struggles while working full-time and finding herself suddenly in the role of parenting her granddaughter, Betty found little time to focus on grieving until years after losing Josh. “With everything that was going on, I believe I didn’t even start grieving until a year later,” says Betty. “Later, I realized as I looked back, that I had really not grieved at all.” 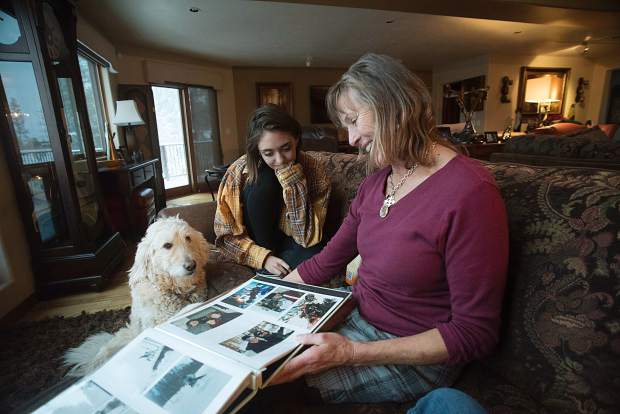 In many ways, Josh’s life and death are still a mystery that Betty is unravelling, one that involves a deep weave of loss, illness, addiction, denial and stigma. Inside that weave is also public awareness and timing: Betty became a parent at a time when addiction and mental illness were rarely discussed, recognition of such illness was slim and crucial information about mental health wasn’t widely shared. In schools, families and communities, emotional outbursts were more often understood as behavioral issues, not as red flags that might signify serious underlying health issues.

Jamie was born two years after Josh. Shortly after, Betty and her husband divorced. The kids migrated between their home in Summit with Betty and their father’s home in Idaho Springs. Like many teens, both experimented with alcohol. To Betty, Josh seemed to be doing fine and adjusted well to the family changes; Jamie struggled more. She was 6-feet tall in high school and stood out. She had learning disabilities. She hated the way the medications she took for ADHD made her feel; she felt ostracized in high school. Unsure how to ask for help, she acted out with impulsiveness and anger.

“In my lack of education I always thought she was just belligerent, purposely being stubborn and rebellious,” says Betty. “For many years I thought she was simply making bad choices and failing to understand the consequences of those choices. Now I understand her impulsivity and behavior in a very different way. With Josh, it didn’t even enter my mind that he may have had some mental illness. He was so intelligent. But he was also a master at manipulation. I knew that he had some problems with alcohol, but I never once said to myself: ‘Josh has a terrible addiction.’ I couldn’t say that out loud. I was in denial. After he committed suicide, I wondered if he did, and that his addictions may have been because of an underlying depression.”

Recent neuroscience research has expanded understanding of how opiate receptors work in the brain. The National Institute of Health now recognizes addiction to opiates and other drugs as a “chronic, relapsing brain disease with a wide range of serious medical consequences.” This recognition of the basis of addiction in powerful, often uncontrollable neurochemistry is beginning to shift the narrative of addiction, increasing our understanding of how easy it is for people to fall into and how painfully hard it is to escape.

This new research also enhances our understanding of why people continue such devastating compulsions even as it destroys their lives and the lives of the families and friends who bear witness to the devastation while struggling to know how to help.

For Betty, insight into her daughter’s struggles and the life of her son came after she sought more understanding of her son’s suicide. Attempting to learn more about a Suicide Prevention walk taking place in Summit County, she discovered the National Alliance for Mental Illness. The organization offers peer-led support groups for individuals living with mental illness and education to their families, partners and friends. In NAMI, Betty found a place where she could talk about her children and gain insight into their struggles without feeling judged. Her experiences there have not only given her insight into the deep impact mental health struggles may have had on her son, but have also helped her support the daughter who still struggles.

Originally, the loss of her son brought not only profound and protracted grief, but also, for Betty, a deep struggle with the stigma and shame of suicide.

“It took me eight years to get to a place where I posted photos of Josh on Facebook, in which I publicly acknowledged the way he died,” says Betty. “In his obituary, I didn’t state it. I was afraid of judgment — that people would judge that because Josh took his life, I must have been a bad parent. And I didn’t want Josh to be judged for his act. Because you don’t know the pain that someone is in that causes them to take their life.”

A decade after the loss of her son, Betty finally feels an opening to share her own story thanks in large part to the honesty with which other Summit County families have begun sharing their own losses. At a January 2016 memorial service for longtime Summit County local and philanthropist Patti Casey, Patti’s family spoke openly about her suicide and the long, painful struggles with depression and addiction that preceded it. Patti’s daughter, Betsy, has also written publicly and eloquently about the loss of her mother and her own struggles in the aftermath of her death. Betty feels that their honesty has been a powerful wake-up call to the community, creating awareness that mental illness and addiction can happen in any family, and across all socio-economic boundaries.

“I think the hard part for the people who get in trouble, the people who end up in jail and in other serious problems, is that they are misunderstood and don’t get their hand held along the way,” says Betty. “I think that was true for my daughter. The past eight years she’s been in and out of halfway houses. Last year she was in a transitional house, and went back to school to try to get her GED. She was doing so well in a program down in Denver and then towards the end lost her way. I think that she was really calling out for help; maybe they weren’t listening. It’s hard sometimes to know. It’s painful to know what boundaries to draw. The real person deep down inside is a really good person. She’s very sweet, almost innocent of her own behavior.”

The unconditional love of her dog Zachary offers Betty moments of joy as she moves through her long grieving process. It seems fitting that he came into her life through the granddaughter she’s deeply committed to parenting to fill the void that illness has created in her daughter’s own parenting capacity.

“Cynthia was the one who picked him out,” says Betty. “When we went to the breeder, somehow, she knew. She gravitated straight over to Zachary. I asked her if she wanted to look at the other litters; she had no second thoughts. So Zachary came home with us. Having him with me on all our outings is comforting; he is my companion.”

Betty’s long journey to understanding her children’s complicated pain and struggles is creating a space for resolution.

“I have come to some resolve, knowing Josh is at peace now,” she says. “It makes me sad that he was in so much pain that he took his own life. I will always miss him and wish I could hug him. He always gave the best hugs. And that feels good to remember.”