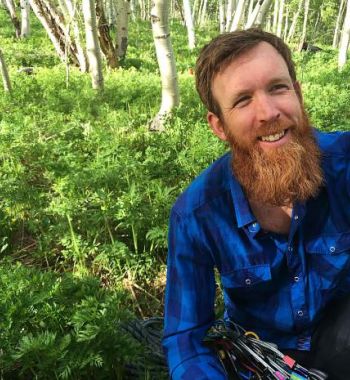 In the summer of 2016, Breckenridge local and climber Sam Higby completed the demanding and spectacular Evolution Traverse. A high alpine, continuous ridge traverse that links numerous peaks along the Evolution Basin in the heart of California’s Sierra Nevada, the route requires continuous mixed fourth class scrambling and fifth class climbing across nearly 9 miles of technical terrain, much of it with significant exposure at 13,000 feet.

The first person to link the route, legendary Canadian climber and soloist Peter Croft, has said that onsighting it — climbing a route without having seen it before — was harder than climbing Yosemite Valley’s iconic Nose route on El Capitan in a day; it’s estimated that fewer than 50 people have onsighted the Evolution Traverse to date. Sam did so solo after his longtime climbing partner dropped out with a half a day left to go, when the mental stress of the constant exposure psyched him out.

Completing the Evolution Traverse route represented the culmination of nearly two decades of climbing for Sam. It served as a test piece to challenge his climbing limits, requiring a more sustained level of exertion and mental focus than he’d pushed to before, especially during the portion of the route he did solo. It also marked a powerful psychological shift for Sam, one that may have been as significant as its affirmation of his climbing skill and endurance.

“It was the next day, in a coffee shop, still too tired and sore to eat or sit on a toilet, that I had the thought, ‘I am enough,'” he says. “I’d never had that thought in my life. I still don’t know what that means entirely.”

Why would it take until age 36 for a thoughtful, intelligent and talented climber, craftsman and skier to have his first powerful epiphany about his own self worth? As a child, Sam was the victim of abuse in a deeply religious household. Like so many children who experience such devastating early trauma, it left painful scars and a damaged sense of identity. As he got older, his awareness grew that those scarring childhood experiences weren’t normal. He finally escaped the abuse for good when he left for college, a time when he also began to work with a counselor to understand and move through his early victimization. Digging up and moving through the pain of it was so overwhelming, it resulted in episodes of deep psychological pain and depression that Sam wasn’t sure he could survive.

“College was the darkest time, especially junior year” says Sam. “I struggled to get out of bed, function, go to class, eat, rock climb or play soccer. That’s when I knew I had a problem. After spending my day in bed, I would often go drive my little Bronco II in rural farm country on the northwest corner of Arkansas. I would get lost on these dirt roads and look for a turn with a tree. My thought was that I wanted to make sure it wouldn’t hurt. I think that’s the reason behind my suicidal thoughts at that time in my life; I hurt so bad and really wanted to not hurt anymore.”

In college, Sam also discovered climbing. He credits the focus, beauty and community it brought into his world for saving his life in many ways. He began spending more time in the high mountains. He camped and climbed in the high alpine of the Tetons and came out to New Mexico to work during summer breaks. Climbing allowed him to tap into a self-confidence he hadn’t known was there, and the beauty and solace he found in the mountains offered a safe space to create a new life. Climbing was also something he could truly call his own, outside of any connection to his traumatic childhood. The intense focus that traditional lead climbing required also helped Sam escape the repetitive dark thoughts of depression, an illness Sam remains acutely aware of, describing it as a dragon that still breathes down his neck.

“I feel stunned by the beauty of the earth every time I ski or climb or trail run,” says Sam. “But there isn’t anything I do, no matter how fun it is, that brings me to a place of such singular focus as climbing. It’s the quickest and surest way to clear my mind. No thoughts of nightmares, no flashbacks, no thoughts ‘I’ll show him.’ Long alpine days help me get out of my head — where I may be scared of the breath of the dragon on my neck or where I am trying to figure out why shitty things happen to kids or what I may have done wrong to endure my childhood.”

Critically, for Sam, climbing has also provided a healthy, supportive community of friends and professional peers. Over the years, he’s spent many dinners, Christmases and weddings with his climbing community.

“If I get married, the men who would be groomsmen are all climbing partners. If I have a major accident, I believe my climbing and skiing community would rally around me. If a major holiday feels especially heavy or overwhelming, I try to spend it with climbers. It’s a unique community but when you put your life in someone’s hands every single time you go out, that’s a bond that not many activities can replicate.”

THE CHALLENGE OF MOUNTAIN COMMUNITIES 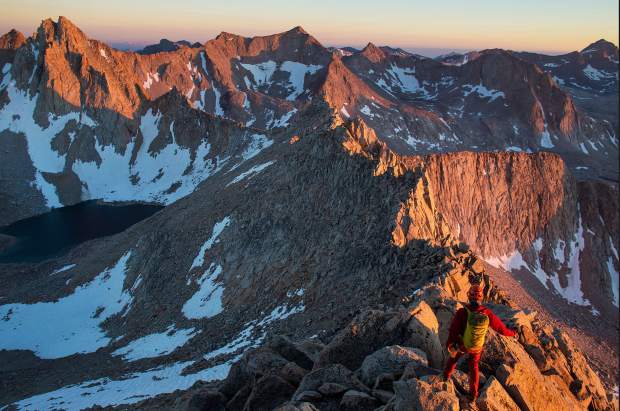 Ironically, sometimes, the same mountain communities and tribes of mountain athletes that provide so many people healing often struggle to acknowledge and accept that darkness also exists.

Summit County is a place where people pride themselves on living happy, high-octane, adventurous lives. Many people possess incredible courage in tackling big backcountry lines, climbing routes and river rapids and love nothing more than relentlessly pushing their bodies through challenging endurance feats.

Underneath the good-times-only ethos, there is often an unspoken message that admission of down days, weakness or vulnerabilities is taboo — topics to shy away from when visible in others. Mountain communities are also transient communities for many, lacking the safety nets of longterm family and community ties. Historically, they are also underserviced with mental health care.

Sam explains, “The endorphins that are released when we exercise and do something that many would label extreme definitely help with keeping the depression at bay. That said, I would argue that many folks are addicted to the endorphin rush and use it to avoid doing their internal work. This addiction and avoidance are both commonplace in our towns and are often viewed favorably in a world where we see drug and alcohol dependence on a daily basis. It’s viewed as healthy to go for a body-crushing ski tour, but we know downing a bottle of Jack or Jim isn’t so good.

“I think the idea of #goodvibesonly goes back to the idea that if something negative is happening in your life, it’s the result of you doing something wrong,” says Sam. “This isn’t a good starting point for vulnerability and helping each other. If we have a basic, underlying belief that bad things happen to bad people, we aren’t creating a safe space to be vulnerable, nor are we really going to hear someone’s story.”

Knowing what to do when someone you know or love is struggling can be challenging. However, Sam believes it’s possible to foster a community that embraces its passion for risk and living vibrantly while also supporting each other through times of challenge and vulnerability.

“I think the risk and passion are important to all of us, but I also think one can be sad, vulnerable, depressed, traumatized or any other ‘negative’ adjective and still be a contributing part of this amazing community,” he says. “I think the judgment placed on folks with sub-optimal mental health makes us less inclined to ask for help when we need it.”

He also finds that when he becomes depressed, he tends to pull away from everything: “Climbing. Skiing. Friends. Good food. All the things that are important to my health. This is a reason I am such a proponent of awareness and talking about our mental health struggles. Our friends can’t help us if they don’t know we are going down the dark path toward the dragon.”

Due to qualms about burdening others, Sam acknowledges he doesn’t like to ask others for help. Even when people offer help freely, he struggles to accept it. For him, it’s been important to find friends who are aware of his depression and willing to ignore his initial rebuffs and push through to truly help him.

“Acknowledging the beauty of living in the mountains or getting to ski or run or even just sit on my deck is huge,” he says, “but even during my most recent depressive episode in the spring of 2015, the shadow seemed to black out even the beauty of living here. I think the point of ‘normalizing’ it is that many, many others feel that shadow, so we shouldn’t be afraid to talk about it. It doesn’t mean that myself or anyone else suffering has done something wrong. It just is.”

Because of his upbringing, Sam spent many years beating himself up for being depressed, wondering what he’d done wrong to make God so unhappy with him. To help him overcome these doubts, he turned to many Buddhist writings, including those of the spiritual author teacher Pema Chodron. They have helped him reframe and tame the episodic darkness of depression, as well as his fear of it.

“Buddhism helped me to see that things happen,” he says. “Pema Chodron has said: ‘We think that the point is to pass the test or overcome the problem, but the truth is that things don’t really get solved. They come together and they fall apart. Then they come together again and fall apart again. It’s just like that. The healing comes from letting there be room for all of this to happen: room for grief, for relief, for misery, for joy.'”